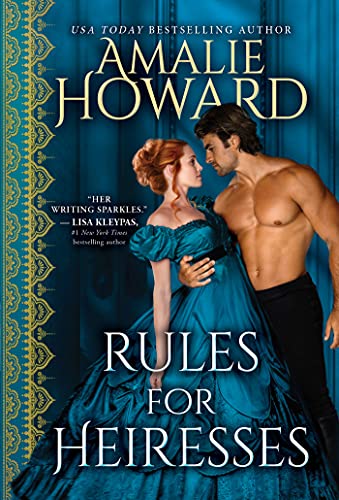 Born to a life of privilege, Lady Ravenna Huntley rues the day that she must marry. She’s refused dozens of suitors and cried off multiple betrothals, but running away—even if brash and foolhardy—is the only option left to secure her independence.

Lord Courtland Chase, grandson of the Duke of Ashvale, was driven from England at the behest of his cruel stepmother. Scorned and shunned, he swore never to return to the land of his birth. But when a twist of bad luck throws a rebellious heiress into his arms, at the very moment he finds out he’s the new Duke, marriage is the only alternative to massive scandal.

Both are quick to deny it, but a wedding might be the only way out for both of them. And the attraction that burns between them makes Ravenna and Courtland wonder if it’ll truly only be a marriage of convenience after all…

Duke’s daughter Lady Ravenna Huntley was born into a life of privilege but wants nothing more than explore the world and have her own independence. Lord Courtland Chase, grandson of the Duke of Ashton, was driven from England, vowing never to return to a family that shunned him. When a twist of fate throws runaway Ravenna into his arms, at the very moment he finds out he’s the new Duke, marriage is the only alternative to a would-be scandal.

I don’t see a series title attached to this book, but it follows Amalie Howard’s prior release The Princess Stakes. This story can stand alone, but Ravenna’s brother Rhystan was the previous hero and the couple makes appearances.

I really enjoyed Ravenna and Courtland, who I thought were interesting characters individually and as a couple. Courtland is mixed race, with a creole mother from the West Indies.  He was pushed out of his family by a grasping stepmother who wanted to install her son as the heir. Courtland found the family, acceptance, and success in Antigua that eluded him in England, and he is not happy to be tracked down by a solicitor and proclaimed Duke after his grandfather’s passing. Ravenna wants freedom not afforded to her as a female and refuses to be controlled. She would rather run away on her brother’s ship – dressed as a man – than get trapped into marriage by an odious lord.

This book was a whirlwind! There was no time to get bored, as the events moved along quickly. A compromising situation and marriage of “inconvenience” happen early on. It leaves Courtland vowing not to get attached to his wife, and Ravenna confused that she wants this traditional marriage. I wish that Courtland had not run quite as hot and cold, but I liked that Ravenna quickly realized his family dynamic was not what she previously believed it to be.

This story was sexy, funny, and fast paced!  Give this a try if you are a fan of Kate Bateman, Sarah MacLean, or Joanna Shupe.